This article was published in Boomzorg on Thursday 17 September 2020. View the original (Dutch) article... 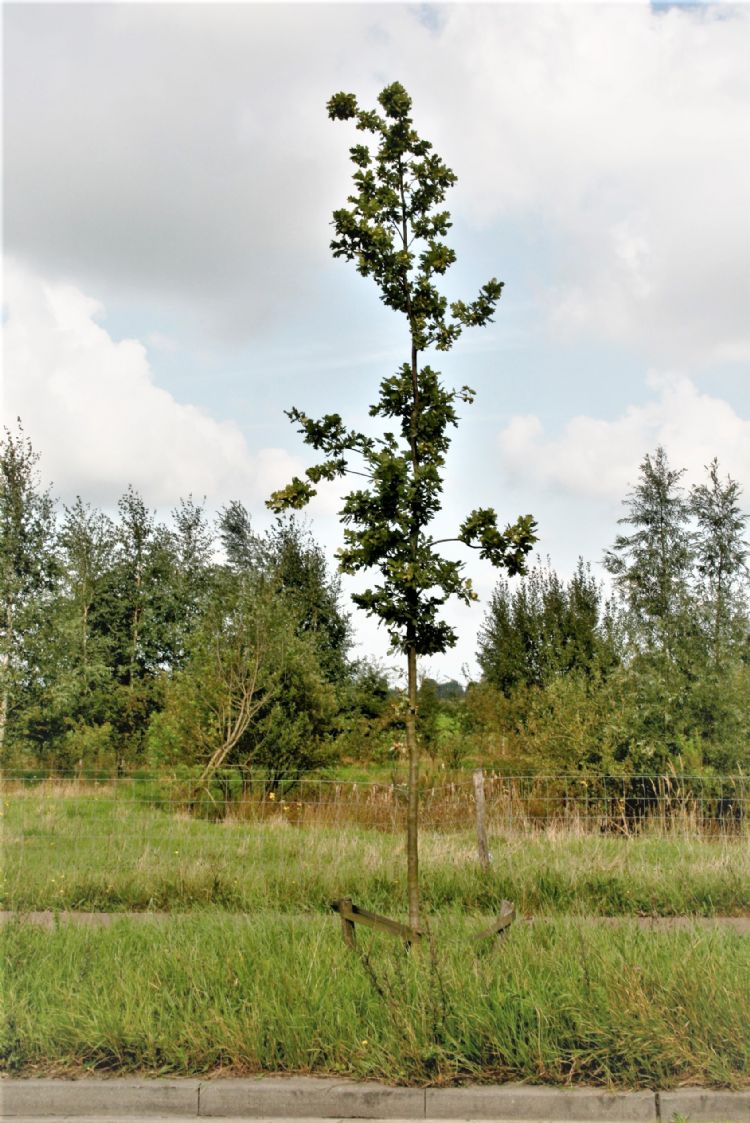 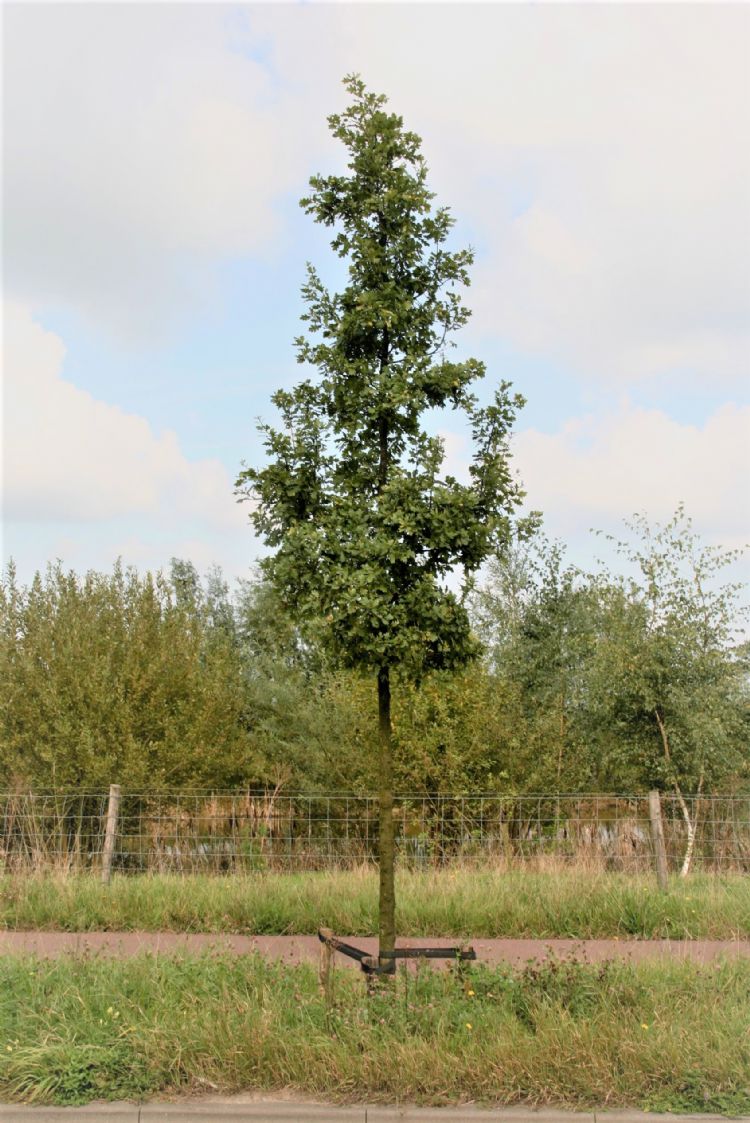 Planted oak after a year without mycorrhiza

Planted oak after a year with mycorrhiza

Beech hedges
Which mycorrhizae are suitable to use according to Floris? “The first ectomycorrhiza to grow on almost all conifers, oaks, beeches and other ectomycorrhizas is Telephora terrestris,” he says. ‘It is common all over the world. The disadvantage of this form of ectomycorrhiza is that it thrives on disturbed soils and on nurseries, but has almost no added value. That is why we advise to use the spores of the dye fungus when planting. This mycorrhiza species contributes a lot to a better deposit and good growth. The dye fungus always only lives at the roots for a maximum of six months. Then it is supplanted by the mycorrhizal fungi that predominate in the neighborhood or region. But after that six months, the trees and beech hedges have taken root well. Ectomycorrhizae are not close allies of trees. Sometimes there are many, sometimes few, or they are replaced by other species. That is also the reason that in some years there are many mushrooms under trees and in other years not or other types. ‘

Teabags
‘Treestart is a product that already contains the paint dusting fungus,’ Floris continues. ‘These are kind of tea bags that you throw at the bottom of the planting hole, a kind of goodie bags for the roots. Only one new root has to come into contact with Treestart and the mycorrhiza is immediately spread en masse via the hyphae. It is a very user-friendly product. In large planting projects from China to Central Africa, Treestart is used for planting annual or two-year seedlings. ‘

Another product is ‘Treesaver Transplant’, Floris continues. ‘That has been a successful product for serious gardeners and arborists for over twenty years. You mix a bag with sixty liters of the filling soil that is used to fill the planting hole. The results are there. Mycordip is another such product that is well known by gardeners. It is very suitable for planting root crops, such as young trees and hedges. The agent is universally applicable for trees and plant material due to the combination of endo- and ectomycorrhiza. Mycorrhizal fungi colonize the roots under various conditions, which significantly increases the absorption capacity and improves the deposit. Moreover, trees and shrubs with mycorrhizae are incredibly drought resistant. ‘

Rapid root growth
Naked root plants are many times more sensitive to transplanting. Mycordip Universal forms a natural microfilm with bacteria and fungi. ‘This product also ensures a quick attack and new roots,’ adds Floris. Humic acids and seaweed extracts stimulate rapid root growth. The combination of mycorrhizae and rhizobacteria restores the essential biology in planting holes, which has been disturbed by tillage. Studies show that long-term growth differentials are significant. This is due to the larger absorption range, the nutrient density and access to the capillary water. ‘
‘If you look at the differences in general and in transplanting between trees that do and do not use mycorrhizae, you can clearly see differences,’ says Floris.

Mycordip Universal forms a natural microfilm with bacteria and fungi

Drought
‘I often hear persistent rumors,’ says Floris. ‘For example, that the use of mycorrhizae in planting or transplanting makes no sense because mycorrhizae are selective. Really? Then explain to me how it is possible that there are more than 3000 species of ectomycorrhiza that grow with literally twelve tree species. And how is it that fewer than a hundred endomycorrhizal species must be selective for more than 460,000 plant species? I would like to enter into the discussion, but these kinds of discussions are often held in order not to change. I only need to understand roots and soil for my job. There is no organism on Earth that can do anything on its own. This also applies to plants. Mycorrhiza in or on roots is just as normal as leaf green in the leaf. But as long as that is not properly understood, we will continue to have to deal with high and costly losses and continue to blame the increasing drought. ‘


‘If a tree is on long stakes, root growth will lag dramatically’

Pruning tight
Finally, Pius gives the following advice: never plant trees with long tree posts. ‘If a tree is on long poles, the root growth will lag dramatically; that has been proven. As a result, there is less absorption capacity and the tree must therefore be watered more often. Because the tree is held, it spends no energy on root and trunk development. The growth energy is then used for crown growth. If the long poles are removed after five years, the tree quickly blows obliquely. The following also applies to trees: function makes tissue. Trees should be pruned between two or three short tree posts that should be removed consistently after two years. There are so many opinions about tree posts. And no, trees are therefore not more susceptible to vandalism. On the contrary!’